Home Inspiration Five Of The Most Inspiring Athlete Tales
Inspiration

Five Of The Most Inspiring Athlete Tales

For the vast majority of the world, a love of sports won’t translate into a successful career in the major leagues. Instead, fans tend to live vicariously through their favorite athletes and teams. In addition to bringing home division, conference, or championship titles to a city, star athletes represent an indomitable fighting spirit.

According to the NCAA, only 1% of college basketball players have a future in the NBA, while only 2% in football have a future in the NFL. Despite the low chances of a future in the majors, athletes who do succeed are afforded fame, wealth, and the chance to become a legend. Across North America, fans idolize their sports heroes, filling stadiums, playing in fantasy leagues, and wagering on their favorite teams.

Analysts also dedicate countless hours to provide key insight into conferences and divisions, as well as competitive major league odds to wager on for the regular season and beyond. With an entire industry pivoting around successful athletes and staying the lookout for the next big star, the competition doesn’t ease for a second.

But before these star athletes alone could feature as sure bets in sportsbooks or gain the favor of leading pundits, they had to overcome personal and external circumstances to rise to the top.

Or so the Hollywood story went. In real life, Papale went to college on a track and field scholarship, though he graduated in 1968 without any awards. Afterward, Papale joined the Philadelphia Bell of the amateur World Football League before trying out for the Eagles. What began as a flag football and amateur career captured the attention and respect of the nation when Papale joined the Eagles NFL team at age 30—the league’s oldest rookie in history.

Though hailed as one of the greatest boxers ever and one of the richest athletes in the world in the past decade, Manny Pacquiao’s life began in General Santos, Philippines. After being trained in an at-home gym by an uncle, Pacquiao defied the odds by succeeding in local fights.

By 15, Pacquiao dropped everything to pursue a career fighting in Manila. From there, he went on to take the boxing world by storm, inspired by Bruce Lee and Muhammad Ali. Today, he currently serves as a Senator of the Philippines.

Though not one of the basketball’s league’s most-remembered names, star center Manute Bol continues to rank high in the NBA’s total black shots and block shots per game. Today, Bol is remembered as the 7’7 NBA star who tirelessly worked to represent his home country of Sudan.

A chance meeting with a New Jersey basketball coach saw Bol travel west to start his basketball career. From 1985-1995, Bol commanded the attention of analysts for his height. Off the court, Bol worked tirelessly to support charities bringing resources to Sudanese refugees, diverting most of his competitive salary to his homeland. 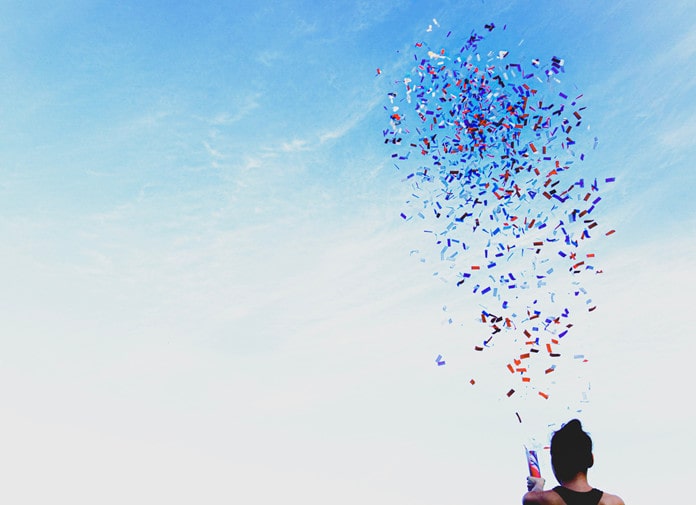 Much like Pacquiao, Diego Maradona eventually became one of the greatest athletes in football despite starting with minimal resources. The budding star spent countless hours training with friends and family to build his confidence before joining an amateur team in Buenos Aires.

Following a junior contract with another Buenos Aires club, Maradona headed to FC Barcelona with a world-record transfer fee. One of his earliest performances was so awe-inspiring, rival fans clapped for the Argentinian star. Maradona went on to coach the Argentinian national squad in 2008.

Much like Papale was able to turn an amateur football career into a semi-successful run with the Eagles, Victor Cruz was able to turn a free agency into a Super Bowl ring. Cruz, a New Jersey native, played college football at the University of Massachusetts.

Following his graduation, Cruz slid into the category of 98% of NCAA players who never see time in the NFL. However, the New York Giants took a chance and signed Cruz as a free agent. From there, Cruz seized a 2012 Super Bowl win with the Giants, as well as a Pro-Bowl appearance in the same year.

On my website, you’ll find an incredible array of quotes for every situation and occasion. If you’re having relationship problems or you’re looking for some inspiration in your life, you’ll find what you need right here!

How Do I Start Driving Again After A Conviction?

Proverbs 18:21 And The Meaning Behind It

Each Mistake Is an Opportunity to Learn: 28...

30 Everything Happens for a Reason Quotes: It’s...